Look, every man has probably said something during his lifetime that seriously pissed a woman off. Some phrases that men say without any bad intentions can make women feel embarrassed, uncomfortable, and angry. It’s time to stop using these annoying phrases.

The thing is that men and women communicate differently. What might seem like a perfectly normal thing to say in a man’s head can be irritating and unacceptable to a woman. And although the man didn’t necessarily have bad intentions, when he uttered a remark that got a strong negative reaction, the result was an unpleasant situation for everybody. So how to avoid these types of misunderstandings? It’s simple. Don’t say annoying phrases that serve no purpose to women. And what are these phrases? Here are the five most common ones. Let’s dive in.

1. That’s Not How a Woman Would Behave

The problem with this statement is that there’s no general way how women act. Every woman is an individual and has a highly subjective understanding of what appropriate conduct looks like. That also applies to the clothes she is wearing. There are not many rules anymore of what could be formal attire at work. Sneakers and jeans are just as acceptable as dresses. So making remarks about a woman not looking lady-like should be avoided. It sounds sexist and condescending. 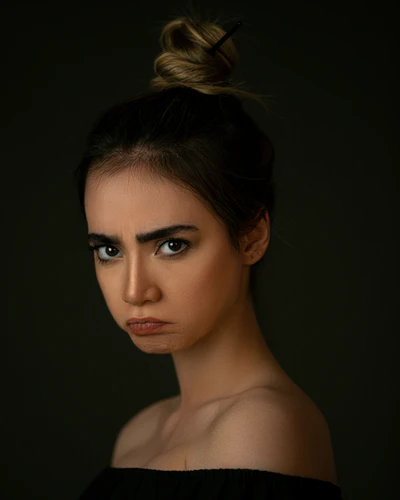 “Whatever” is one of those annoying trendy phrases that most of us have used in everyday conversations. But this simple phrase becomes incredibly rude if you use it to conclude an argument. It shows a lack of respect for the other person’s point of view and opinions. Instead, you should remain calm and explain your side of things in a reserved and constructive manner.

3. One of the Most Annoying Phrases to Start a Sentence With: Listen!

Whether you’ve read the best dating sites review and message a woman via an app or have a conversation with a friend, you should never start a sentence with “listen.” Why not? Firstly, because it sounds like an order. It can make a woman feel like you don’t expect her to contribute to the conversation. And secondly, if you say “listen” to a woman, you imply that she had her mind elsewhere during the conversation. Unless you want to start an argument, you should never make such rude implications.

Telling someone to relax may be a commonly used phrase for you. But it never gets a good reaction from women. It suggests that you think she can not handle her emotions nor manage herself without your rationality. Instead of telling her to relax, you should try to find out what her thoughts and feelings are on the issue at hand.

Saying to a woman that she looks tired is another one of the annoying phrases that imply a lot of negative. Fatigue usually comes with an awful appearance and a bad mood. Nobody likes to hear any of these suggestions about them. So if you want to inquire why someone looks a bit off, you should find a more polite way of asking.

The bottom line is this: whether it’s annoying email phrases or silly utterings in conversations, some sentences sound extremely off-putting to women. And the only way to avoid getting into trouble is to stop saying these phrases. Remove the sayings in this article from your conversations and start developing more harmonious relationships with women. Isn’t that what you want?

What are some of the most annoying phrases to say to a woman, in your opinion? Let us know in the comments.

Miranda Davis is a freelance writer in the relation and psychology area. Miranda is interested in such topics as building healthy relationships between people, love/sex compatibility, and how to find the right balance in life in general. She is currently doing specific research on the topic. Miranda loves cooking and long-distance walking.