Raising a Child Without A Dad

“Happy Father’s Day, Janis!” said my next-door neighbor.  I smiled and replied, “Yeah, thanks.”  It was presented as a compliment, but I felt weird being on the receiving end.

I was well aware when I first decided to dive into the Single Mom By Choice world that my son would be brought up in a very different type of family unit. That was my choice, but I never discredited or ignored the role a father plays in a child’s life.  That was the only real doubt I ever had when I began my Single Mom By Choice journey: bringing a child into this world without a Dad… was that the right thing to do?

Being a researcher by trade is both a blessing and a curse.  I can find evidence on anything I want, but the data presented isn’t always encouraging. In this case, I felt I needed to become better informed before making the decision to have a child on my own.  So, I forged ahead and started seeking out credible reports on single-family households. What the information concluded was the emergence of a true father-less epidemic happening here in the US.  According to the U.S. Census Bureau, 1 in 4 children under the age of 18— a total of about 17.2 million kids— are being raised without a father. I don’t know about you, I not only had to read that stat twice, but I needed to sit down and digest it as well.

And I stayed seated because as I kept up my search, I tripped over  more staggering information: 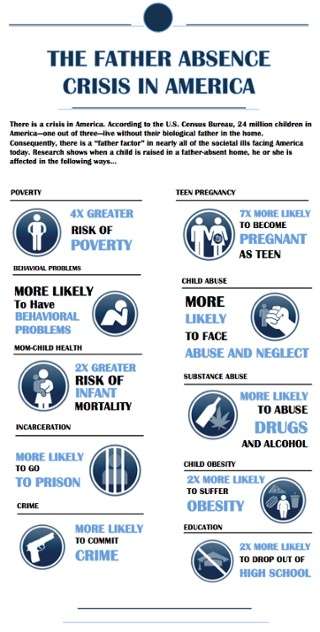 What if my son feels excluded because he is the only one among his friends who does not have a “Dad”?

What if by choosing to forego a Dad for my kid, I really screw him up?

What kind of person would that make me?

After swimming in a pool of doubt for a day or two,  I decided to design my very own research project with three components:

First, I headed out in public and observed. During my outing, I was fiercely aware of the Dads— the way they interacted with their kids, the way they spoke to them, the way they treated the mom, etc. My eyes and ears were glued to them.  Not in a creepy way, but in a researcher-fielding-research kinda way.  I made note of the findings and continued to the next phase of the project.

Next, I planted my analytical butt in the sand along the Santa Monica shoreline and put pen to paper. First, I thought about all those people in my life who were raised by their mothers, with no Dad present.  I made columns: Name, Education, Career, Financial Success, Psychological Standing. I knew exactly six people close enough to me to evaluate using these five qualifiers.  And let me just say, those six people turned out pretty damn well.  All are successful, responsible, psychologically sound, and happy with their life & decisions.  These were exceptional humans whose family portraits looked different than most.

In my last phase of research, I reflected upon those men who rock this Dad gig, and the amazing qualities they bring to the family unit.

Once I was done with the research, I started the analysis and the conclusions presented themselves:

I sat with that list for a long time, and I felt my doubts start to dissipate.  I realized that I had all these qualities.  Maybe I can do this Mom without a Dad thing.

As time went on, something continued to weigh on me.  Whereas I possess all these traits, I am still not a “Dad”.  Maybe that’s why being wished a Happy Father’s Day, didn’t feel sincere to me.  While I am solely responsible for the safety and security of my son and support our family financially, I am very clear on the value a Dad brings to the family unit.  With this clarity and realization, I knew what I needed to do next: build a strong tribe of men that can support Kellan in all the ways I can’t. Men who not only have the traits listed above, but also can provide Kellan the male energy, masculinity, confidence, and love that only a dad can offer his son.  I have never believed that you have to be biologically related to play the role of a parent to child.  I started to pull together this tribe of MENtors, and I am proud to say that it is comprised of some of the most extraordinary men a solo mom like me could ever ask for.  They are true role models and have shown Kellan love, guidance, and support.  I witness the difference in how they interact, in their flow, and overall energy.  I am proud that Kellan has this tribe and I look forward to seeing how these men will instruct him as he grows into different stages of life.  Kellan’s tribe is solid, and I am so very thankful for the MENtors who consistently show up for him (and for me).

So, whether you’re a Dad, Stepdad, Granddad, Godfather, Uncle, or a MENtor to a child, we honor you, we love you and we celebrate your importance not only today, Father’s Day, but every day. 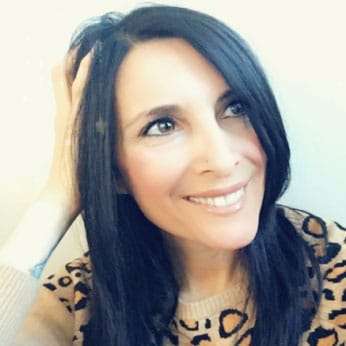 Janis Gaudelli is The Founder of The Daily Feels. She started this passion project to reveal the magic behind storytelling, and how truth-based narratives bring people together in the most heart-warming of ways. Fascinated by soul, depth, intellect, raw truths and rebellion with a cause. Often captivated by the awe of nature: star gazing, moon manifesting, sunset chasing, waves crashing, crickets singing. Fiercely curious about the inner-workings of the human psyche… she professionally studies human behavior for a living. Forever proud and grateful for being a mom to the force that fuels her life: her 9-year-old son, and greatest professor, Kellan.