SHOW THEM HOW YOUR SKIRT FITS IN THE BACK

I walked out of the West Wing and down West Executive Avenue towards my car one last time. Emotions pouring over me like a flash-flood. Courage, duty, respect, selfless service, honor, integrity… The Army values, I realized. Those which had been inculcated in me since I signed on the dotted line almost 14 years prior, as a brand-new medical student. And the seventh value, loyalty. Yes, that’s right, loyalty. Not to the persons occupying the offices, but to the offices of the Presidency and Vice Presidency themselves. To “bear true faith and allegiance to the U.S. Constitution, the Army, my unit and other Soldiers”. Because this is the oath I took, not once but many times in my military career, and never more important than in this last duty station. But as a physician, I also took an oath to first do no harm, a Hippocratic Oath. Not a Hypocritical Oath. To protect my patients and ensure their well-being above all else was my mission, militarily and medically. And that is what I did. Can’t say the same for others.

I thought I would cry on my last day at the White House. At least, that was what was expected of me. The woman. The one who always wore her emotions on her sleeve. No matter how many times I tried to explain that my passion towards my work should not be confused for emotion. But I didn’t shed a tear. I couldn’t get myself to, even if I tried. I felt numb.

Almost 4 years of all-consuming service to others above self, at all hours, every day. My family took a back seat, my “self” took a non-existent seat. My everything had become my service to others, which I did selflessly and with honor. But I lost myself along the way. “Drank of the Kool-Aid” if you will, as I saw many do before me, and had promised myself I would never do. But the proximity to power makes people feel powerful. And although it did for me as well when I first saw the title on my business card, “Physician to the Vice President”, the feelings quickly became ones of “powerlessness”. I wasn’t living my dream, that dream for which my family had sacrificed so much, and for which I had sacrificed my entire life, but rather I was living someone else’s dream. Actually, I was the “help”, lurking in the shadows of someone else’s dream. And that became my nightmare. “Never seen, always there”, was a motto that had been rumored around the White House Medical Unit as one that characterized our existence. Well, at least for most of us.

I sported my best fitting suit on that last day. Brand new, actually. “Smart Sexy”, I had termed it. Tailored just right for the vertically challenged people like me. With a skirt that looked really good in the back…

I had just bought it and was ready to put it to some good use. Put some few thousand miles of travel into it. That’s what we did. They go, we go. Everywhere. Always. No questions asked. Even when there was clear and present danger, not just to them but also to us. We were there. To save lives. More often than not to cure the hangovers of ignorant staffers who still ate from their silver spoons. But it had to be done. Because the machine is big, and it takes a lot of parts to make it run. One part goes down, and the machine breaks. The fragility of it all is actually quite amusing. And when you’re the keeper of that ever so important over-the-counter medication that will save the world from nuclear annihilation, it all becomes a little too real.

But that day, as I walked into my orange Jeep Wrangler on West Exec, the car that never fit the White House mold just like I never did, all feelings of self-importance dissipated. I turned in my badge. I no longer had all-access to the 18 acres. I thought for an instant that I had demoted myself from being the help to less than that when I resigned my post.  Interestingly, a feeling not entirely unfamiliar to me, as the first Latina physician at the White House, the first female physician to the Vice President, the first of a lot of things in the trajectory of my career. Elements of pride that had been overshadowed along the way by the insecurities of others. Glass ceilings that were broken, but for which I was made to pick up the pieces, because I was eternally relegated to the rank of the help. Mostly by those who knew they could never amount to anything, despite occupying the positions of privilege birth-righted to them. But I quickly learned I had just given myself the most important promotion in life.

A woman, a Latina, a Major in the Army, a physician, Ivy League graduate (the kind that earned it, not the kind that had mommy and daddy pay to cheat the system to get her in). Smart, opinionated, empowered. A “man-eater”, as I was once described. And all while operating in the proverbial “little boys club”. And the little boys club at the White House was the epitome of them all.

I drove out of West Exec, waved good-bye to one of my U.S. Secret Service Agent friends. A black man, who had shared his admiration for me just as I had for him and his successes in a system that builds walls against us. And I stopped the car as I looked at the pristine white building behind me in the rear-view mirror. Marveling at its beauty and splendor under the June sun. Bright white. Pristine. White. And, in my head, I heard the glass break. 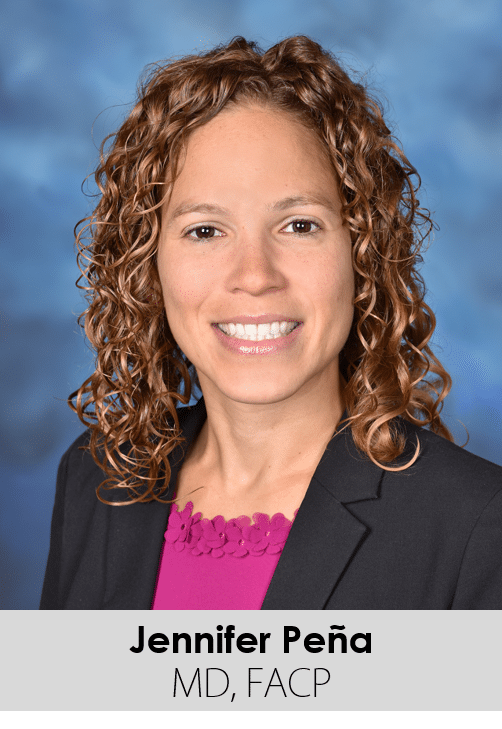 Dr. Jennifer M. Peña was born and raised in Puerto Rico. She received her Bachelor of Science degree from Yale University in 2004, and was commissioned in the United States Army in 2008 after graduating from the University of Pittsburgh School of Medicine. She is Board Certified in Internal Medicine.
Dr. Peña’s Army experience includes multiple tours of duty, to include a deployment to Afghanistan in 2012 in support of Operation Enduring Freedom rendering medical care to detainees in the Detention Facility in Parwan, and from 2014-2018 at the White House Medical Unit. She is the first Latina to serve as a White House Physician, and the first Latina and female to occupy the position of Physician to the Vice President.
Dr. Peña just ended her service to the Army on January 2019. She lives in Falls Church with her husband and 5 dogs.
Leave A Comment!