To Paraphrase Justin Timberlake, I’m Taking My Birthday Back

If you follow the Daily Feels on the Facebook, you may know it was my birthday at the end of January. Let me stop you right there. I know it’s not “the Facebook,” but that’s what I call it because it’s hilarious so you’re just gonna have to let this go, the same way I’m letting go of this run-on sentence. Anyway, back to me and my birthday. We have a complicated relationship.

First, the circumstances of my birth. My mother and father had been together for a few years and were living in Denver, Colorado. They had met at a party in NYC—where they’re both from—while my mother was still married to her first husband, and my father went home with them. Yes, you read that right: it was the early 1970s, and my father went home with my mother and her husband, one of the many things I wish I didn’t know about my parents. After my mother left her first husband—a breakup that involved said husband pulling a knife on my father in an elevator and my uncle Ira intervening—she and my father moved around a few times, to Boston, to Sarasota, and eventually to Colorado. In Denver, they decided they wanted a baby. Yes, you read that right too: in spite of their drug-fueled, previous-marriage-ending courtship, I was a planned pregnancy. My mother and father really, really wanted a child, and my mother in particular dreamed of having a daughter. When they knew they were pregnant, they got married in their backyard with two of their best friends as witnesses. And some seven months plus 19 hours of labor later, I was unleashed upon the world via emergency C-section. 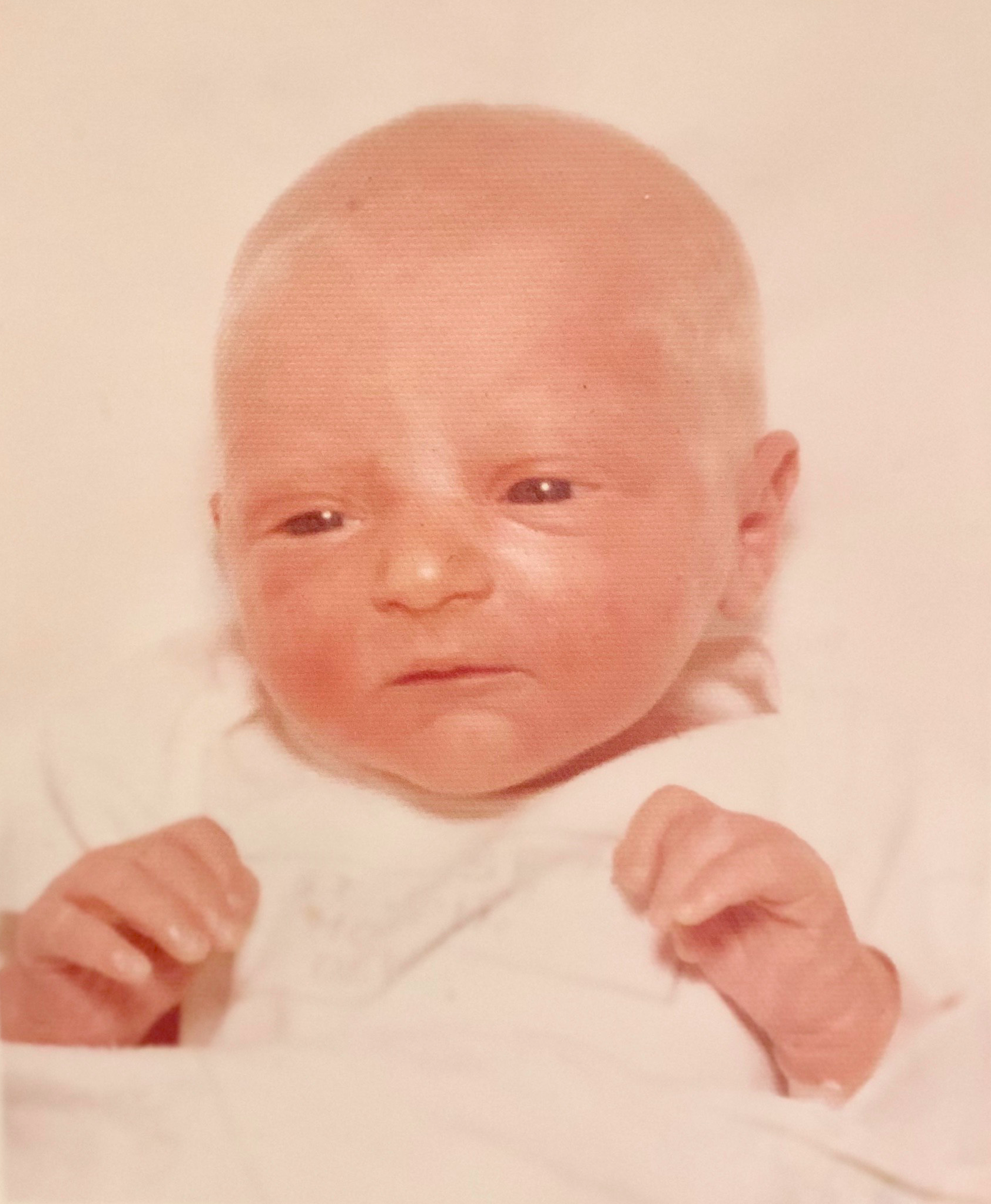 My parents separated when I was five—it was either just before my fifth birthday or very soon after, I can never remember; either way, in my head, it’s gotten tangled up with my birthday. My mother moved out of our house and into a house shared among people I didn’t know and only semi-remember aside from a woman on the first floor—I think her name was Dawn—she was a puppeteer or anyway she had a collection of the most elaborate marionettes, which I both admired and feared. She very quickly had a new boyfriend—my mother, not Dawn the maybe-puppeteer—who at the time was just a shadow in the hallway but who ended up living with us until I was 10. Five years of Lonnie, and here’s what I remember about him: he was a second shift worker, he loved peanut M&Ms, he and my mom fucked a lot when he got off shift, loudly, sometimes in the living room.

We were left in what I guess people who have normal families would call “the family home.” Let me stop you again. I know there’s supposedly no such thing as “normal.” But trust me when I tell you that my normal was so far from normal that at 42 I’m still learning just how not normal it was. I can’t tell you how many times my therapist or my wife or my friends have said, “Jessica, you know that’s not normal,” and I’m taken aback—literally, as in I go back and back and back and realize I have no fucking clue what normal is. Point being, “the family home” implies a family, which is not what we were. We were two young children—5-year-old me and my unplanned 2-year-old brother—left behind with our father, a long-haul truck driver with a tornado-like temper and a proclivity for putting his hands and other parts of his body where they don’t belong on and around his children (more on that later, I don’t want to get into it now), while our mother played with puppets or Lonnie or whatever the fuck. 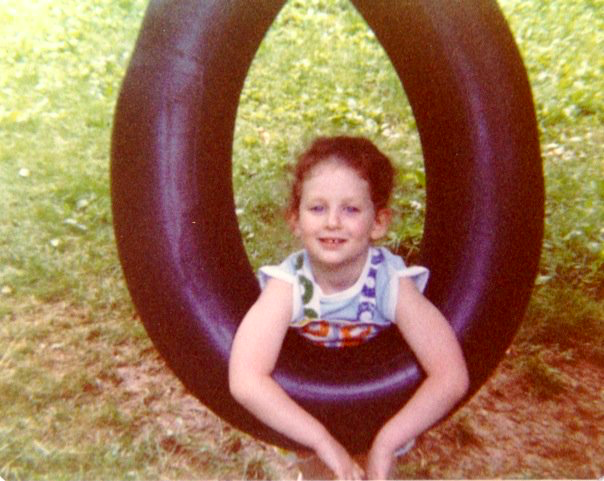 My mother and father actually ended up having a fairly civil divorce, and we all continued to spend holidays and celebrate my and my brother’s birthdays together. My mother was all about our birthdays. I’m not sure what her routine was with my brother, but with me, she would retell the story of how much they wanted a baby and how happy they were when they got pregnant and how she kept re-waking from the anesthesia to count my fingers and toes, and then she’d sing Roberta Flack’s, “The first time ever I saw your face…” It’s actually kind of beautiful when I think about it, and it’s a routine that continued into my adulthood.

The main thing I associate with my father’s reaction to our birthdays is resentment. He’d bitch and moan about buying presents. He’d find something to shout at me or someone else about, something small, something meaningless, some landmine that existed only when he touched upon it. And if it was his and my stepmother’s turn to host, he’d make his “famous stir fry” that I hated, and my mom would then make what I really wanted and bring it over for me. This meant every other year, I’d sit at my own birthday dinner eating a completely different meal from everyone else, with my father furiously stewing because I wasn’t eating the very special meal he’d worked so hard to make for me, further evidence of what a selfish, spoiled little brat I was.

Of course, there were exceptions. There was my birthday when my father took me to get my ears pierced; I think it was my seventh. And my middle school birthday when he let me host a slumber party; I think it was my 12th or maybe my 13th. And my 15th birthday when he paid for me and my friends to have pizza and go to the movies, like something right out of a sitcom. And my 16th when he took me to the DMV to acquire the sweet, sweet liberation of my driver’s license. But these exceptions were marred by fear and the excessive gratefulness I had to show for what should have been—here’s that word again—normal. And in the end, the calm was scarier than the anger. If you’ve known someone with a temper like my father’s, the kind that even though you’re always expecting it still shocks you but shocks you even more when you expect it and it doesn’t come, then you know, unlike the anger, the calm is an unknown. You don’t trust it. You can’t trust it. 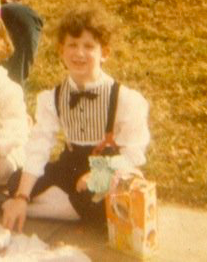 And that 12th/13th birthday slumber party I mentioned? My father ended up losing it. I don’t remember why—the whys were only ever memorable for their absurd mundanity, like when he asks for a knife and you bring a butter knife when he wanted but didn’t say he wanted a steak knife or when he asks if there’s anything missing from the grocery list and you don’t think to mention you and your brother ate most of the Fritos and he comes home from the store to discover the Fritos are mostly gone and he informs you that you are selfish little bastards who will be buying your own snacks for a month even though you’re not even 15 yet and you’re brother’s not yet 12. Probably I or one of my friends spilled something. The last time he yelled at me like that I was 19, home from college for the summer for the first and last time, and I spilled water on the couch. Fucking water. Red-faced with rage, he flew off the couch like it was on fire, loomed over me with his hands in fists, and spewed out, “Goddamnit, Jessica! What the hell’s the matter with you? Don’t you know how to hold a fucking glass?!” (That was one of his favorite lines: “What the hell’s the matter with you?” At one point when we were still both under the age of 10, my father sat me and my brother down and said that when he said that to us, we should say back, “Nothing, Dad. What’s the matter with you?” It probably goes without saying that you only try that once.) I looked him in the eye and yelled back, something like, “Oh my god, it’s the fucking end of the world. How will we ever recover from a glass of water on the couch?” He held my stare and started laughing, and I laughed too. And I carried the couch cushion out to the porch to dry. 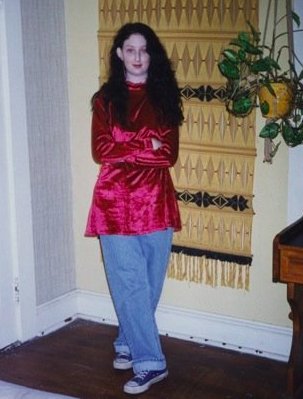 There’s a picture of me somewhere from that slumber party. I’m wearing the blue bathrobe that had been my special birthday gift that year and a bow from a present on my head and my hideous blue and pink plastic glasses that today would be chic but back then screamed selected from the free frames section. I look happy. I look normal. It’s from before. I think about that picture and wonder why I ever thought I wanted a party.

I’ve stopped spending my birthday with people who don’t make me happy, as much as it’s within my control anyway. The aftermath of Donald Trump’s inauguration got ahold of my 40th, although lots of great friends gathered around me in Dobbs Ferry for a bourbon-fueled night of love and tears (I hear this is how your 40th is supposed to be). My 38th is the last I spent with my mom and stepdad, who took me and my wife, Kim, out to dinner for what unbeknownst to us was a foreshadowing of our wedding later that year: my stepfather, to whom I was still very close at the time, was warm and present, and my mom was so fucked up on Dilaudid that she kept slurring her words and nodding off at the table.

Kim of course makes my birthday special. If I want to go out, she’ll arrange it. If I want to stay in, she’ll arrange it. This year, we’d planned to go out for Chinese food at a terrific local spot here in Westchesbian country, but it was cold as fuck and all I wanted to do was curl up at home. So Kim picked up the Chinese food, and we cuddled on the couch and watched Netflix and toasted with an old fashioned. For the first time in my life, I didn’t hear from my mom (we’re estranged, but we typically at least acknowledge each other’s birthdays). And you know what? I missed it; I truly did. But you know what else? I’m ok. Now that I’m grown and have seen some normal, I know that my birthday is the one day a year that I get to make about me. So fuck complicated, I’m taking my birthday back. It’s no one else’s day but mine, and I can continue to grieve for what I didn’t have as a child and what I did have that I shouldn’t have had, but I can also say, fuck y’all. January 30 is my day; you can’t have it. 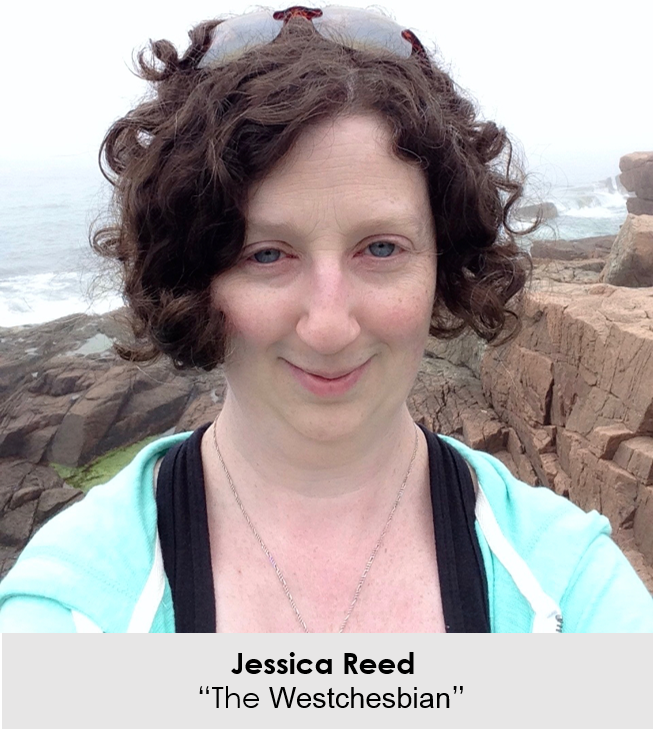 Jessica lives with her shiksa wife and geriatric cat in picturesque Tarrytown on the Hudson. Although a proud Westchesbian these days, Jessica grew up in Asheville, North Carolina, back when the opening of the Olive Garden and the 24-hour Walmart were big news. During business hours, Jessica’s a communications professional who translates highly technical concepts into clear, concise, colloquial language that media buyers and sellers can understand. Outside of business hours, she’s a poet, cat mom, wife, avid reader, and lover of questionable crime, sci-fi, and supernatural TV shows (preferably all in one), not necessarily in that order. Her poetry has appeared in Tin House, The Paris Review, LIT, and The Huffington Post, among others.