Find Yourself a Mentor

I’ve been lucky to have many people as mentors to me throughout my life.

From the time I was in high school, my ninth-grade English teacher helped to nurture my writing ambitions and suggested that I call to join the writing panel for the local newspaper. It was there that I met my first editor, which led to meeting the woman who would be my boss at Teen People. A few years later, after breaking my foot, I met my running coach. I have benefited greatly through the compassion and experience of these talented and accomplished people.

They’ve all taken the time to help and teach me, whether it was taking time to give me career advice, offer guidance through life’s trials and tribulations, or more technical advice. Having a mentor is important for teen’s and young adults, as they set out to chart their path in the world.

Anyone who is in college, or just graduated, and thinks they know everything that there is to know, will undoubtedly get metaphorically punched in the face by the real world. There’s so much to learn, and as I’ve found out a lot lately; you don’t know, what you don’t know until you don’t know it. Having experienced people who have previously gone through the exact same things that you are going through currently, is more beneficial than you’ll ever know.

To anyone reading this, I suggest that if you are in the position to mentor someone, you seize it. Or, if you are just starting out, find someone that you can trust, who is willing to help mentor you. You’ll be surprised how many people are willing to help out and provide advice when asked. Based on my experiences, I’ve tried to help out and pay it forward to those younger than me.

However, just like when you were a kid and were shocked to see your teacher out at the grocery store, it’s hard to see them in a different type of role than what you are used to seeing them. Seeing teachers outside of the classroom always elicits excitement from students. As US Weekly likes to say — Teachers: They’re Just Like Us!

With mentors, it can be a harder transition. For lack of a better term, there’s a power differential. They are the wise old sage, and you are the younger person just starting out.

What do you do when you get older and the relationship needs to evolve? Similarly to watching your parents age, the needs of each person in the relationship changes. The scope in which you see your mentor expands. They aren’t just there for the role you know them in, but rather they are regular people who have juggling priorities, stress at work, the families and loved ones that they have outside of the paradigm that you usually interact with them.

It can be an awkward shift as this all comes into focus, and can include disappointment when you first see this shift, if you aren’t ready for it to happen. You still see them with the golden halo on, unable to do anything wrong, and it can sting when they do — whether through something that is within their control or not.

That’s the crux of it. How do you find that balance, and evolve the relationship from mentor and mentee to one of mutual friendship? Sometimes it’s hard. Over the last 20 years, there have been varying degrees to which I have been able to do this. Some of these relationships have seamlessly shifted into a friendship, while others have run their course, and others are still stuck in that awkward middle place of wanting to honor what they’ve done for me, while also trying to assert my own knowledge and experience.

As awkward as this change might be at times, it’s part of growing up. It was also awkward when I found out (Spoiler alert: Kids avert your eyes) Santa Claus isn’t real in third grade. It’s part of growing up, the shifting worldview and being flexible enough to go with it.

Regardless of your worldview, the best thing we can do is to find a mentor to help you shape it. 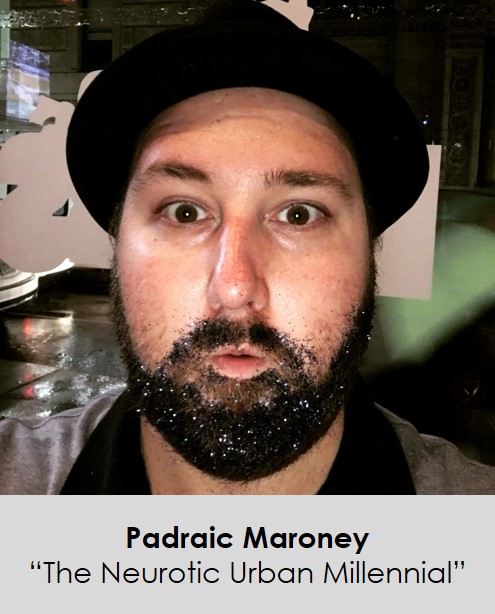