On November 6th, We Vote!

BY: Peter Dunn – “The Cynical Dreamer”

Ever since I turned 18, I’ve been big on exercising my right to vote, yet I had an unbiased understanding for those who decided not to, or didn’t feel like it, or just were too lazy to go to the polls that day. The older I get, and the darker this country gets, the more I’ve lost that unbiased understanding. Now, I just get angry.

I remember being in college, at Emerson in Boston when John Kerry lost to George W. Bush. The energy in the entire city was just so so sad.

I remember living in Dublin when Barack Obama won. I was in a country on the other side of the Atlantic yet every Irish person I encountered was so happy, so pleasant, and so beautifully kind and congratulatory (maybe some of them thought I WAS Barack Obama, but we won’t harp on that- lol). That day, coupled with when my mother had her stroke, are the only two days I’ve ever regretted being out of the country. More than anything, I wanted to be here to experience that joy, that victory, the truest proof of “Yes We Can”, and the experience of winning something after a long fight. However, the people of Dublin made sure I still felt that, and that combined with some of the amazing texts and voicemails I received from friends, made it just as beautiful.

Finally, I remember everything about the night Donald Trump won. I had just performed in a “Black Lives Matter” fundraiser with my best friend Jake.  Afterwards, we went to watch the live results, where we drank and celebrated what was going to be an obvious win. The downward spiral of the energy that night was stifling, but that still didn’t even remotely match the air of NYC the next day. The only way I can describe it is, that it was the single most quiet I had ever experienced New York City since the day after 9/11. Just silent. Everywhere. Obama’s victory felt like the world’s biggest hug and Trump’s felt like the world’s biggest funeral.

I could write for a lifetime about the things that are wrong with Donald Trump, as the elected “leader” of our country and as a human being. I just don’t have enough time for that right now. However, I can touch on the simplicities that make it so dangerous for him to represent our country.

I cross off a bunch of minorities. I’m black, I’m gay, and I’m pretty damn short. I am reminded of all three of these things more times a day than I can keep track of. The older I get, the more I’m learning to love them, but that doesn’t necessarily make it any easier. If I was also a woman and Jewish, goodness I can’t even imagine how hard it would be. People like to bizarrely cross-promote the feelings of being a minority (“I TOTALLY know what you mean, because I’m _____”), Nah Y’all, it doesn’t work like that. You don’t know what it’s like to be one specific minority until you are that specific minority. So stop saying foolish things like that.  You just make people like me, want to punch you in the head.

From racism to Anti-Semitism, to making fun of the disabled, Donald Trump has proven time and time again how terrifying the combination of white male privilege, and just being a terrible fucking human being can be. And it has power. And that’s even scarier.

We also have someone who is a proud and robustly outspoken sexual predator, at the highest position of power in our country. On the eyes of the #metoo and Kavanaugh, Cosby, Weinstein, insert 9,723,175 other names, we continually allow these people to get away with harming others, and brushing it off as if these victims don’t matter. Then we have these movements where we claim they do, yet predators still continue to maintain their positions of power and are never made to change their ways.

The first time I was sexually assaulted, I was eight years old. I was a child actor and model, and it happened on the set of my all-time favorite photo-shoot I ever did. I can not explain how weird it is to have a picture that represents one of the best and worst days of your life. It’s hanging in my mother’s apartment and most times when I see it, I’ve become immune to it.  But other times, my stomach does somersaults, where I physically need to withhold from vomiting. Such is the life.

On set as a child actor, I can count at least 20 experiences I’ve had, that a child should never have to experience. From being asked to sit on men’s laps, to being told inappropriate things, to full-blown sexual assault and rape…I was constantly put in situations that I did not deserve. What’s crazier to me, is that I have a “no-nonsense”, “would have been perfectly content going to jail for murdering any of my molesters” kind of mother, not someone who would EVER have brushed ANY of these things to the side. Yet, I never said a word to her. Why? Because while constantly being taken advantage of, I always heard the same exact things from my predators, and from the few people that I did try and talk to these things about: “that my energy was what brought these events on”.

Tell someone something enough, and they’ll usually start to believe it. It’s how people brainwash people. Tell a CHILD something enough, and they’ll pretty much always start to believe it. My reason for keeping silent for so long was that I wholeheartedly believed that I was bringing on these events myself. Why complain about something if it’s your fault? Instead, all you do is try and change or hide yourself.

I remember being five years old and getting on my school bus.  The bus driver would tell me I was beautiful. “You’re beautiful. You’re like the Boy Lolita.” I didn’t understand what that meant until I read the book as a teenager, but the quote always stayed with me as something that was, off.

Sexual assault (which I originally just typed, described and then deleted as “terrible sexual experiences”, because I STILL find it hard to just outwardly say they were sexual assault) has seemed to follow me through random milestones of my life.

The day before I started filming my indie web series GAYS, I was violently raped. “If you fight this one more time, I’m going to break both your arms”, he said while taking one of my arms to the furthest point it could go without breaking it. I can hear it still clear as day, and it’s a random quote that has plagued my dreams. I remember calling my best friend after I left his hotel, and talking through it solely cause I knew I needed to verbalize it, and get it “out of my system” so that I could begin shooting the biggest project I’ve ever taken on in my entire life, the following day. I called “Action” for the first time the next day, with a huge welt on my shoulder that I kept telling people was a scratch, but that was actually from another person’s teeth.

I still have his number saved in my phone as “Rapist”. I texted him once last year. He never responded. Shocking.

Earlier this year, I had a terrible sexual experience (see, I did it again), with someone I was head over heels in love with. I didn’t want to admit that fact at the time, but now I know it was true. Even he didn’t have the understanding that “No Means No” at any time and any place. It was just a general entitlement to my body because he knew the feelings I had for him.

Even now, as I realize the number of times these things have happened to me, I’m absurdly mortified to tell you all about them. I feel the sheer number of them will convince some of you, that I was asking for it. Where I put myself in situations that I shouldn’t. That I’m a bad judge of character. That maybe, it is indeed, about “my energy”.

At 32, (whoa, first time I’ve ever typed my age since being 32, lol) I’d like to say that I am completely on top of knowing that it was never about me. But that’s not the case. Sometimes I do. Some days I realize that I was never asking for any of those things. But other days I think maybe it is something about me, and maybe I was asking for it.

Not a day goes by that I am not reminded of a terrible lifetime of sexual experiences. I bring it everywhere with me, even when I try so aggressively not to. I can’t have sex with the lights on.  I get uncomfortable changing in front of ANYONE.  I don’t like being touched the majority of the time.  I’ve even been unable to have sex with people I wanted to have sex with because my mind equates sex with something dark, which takes me mentally to a completely different headspace. I, in many ways and on many days, feel ruined.

With this wave of the very necessary and very important and very empowering and emotional Me Too movement, many people I know have had to look in the mirror and deal with the repercussions of things that have happened to them. And it’s everywhere. So many people have had to deal with things they never should have. It’s heartbreaking and devastating, but this movement has reminded us that we are not alone.

This blog feels like a ridiculous stream of consciousness and I want to ask for an extension so I can edit the shit out of it. However, I know that won’t change anything because these words are simply how I feel. Life is life. Every day is a ridiculous stream of consciousness, trying to figure out how I’m not going to allow the things that I did not deserve, to defeat me.

On November 6th, We Vote. We have so many changes to make and so many things to fix. We need to use our voices to exercise change and to show that hatred and violence never win in the end. Love and light do. I believe that with every fiber of my being, and every ounce of my soul.

And to anyone still reading this, I simply remind you that your actions, have reactions. From the smallest to the largest. YOU affect people. YOU change people. YOU influence people. Positively and negatively. Life is already hard enough. Do not be the person that makes others lives harder. You can ruin someone, and a part of me will forever be eight years old because of exactly that. 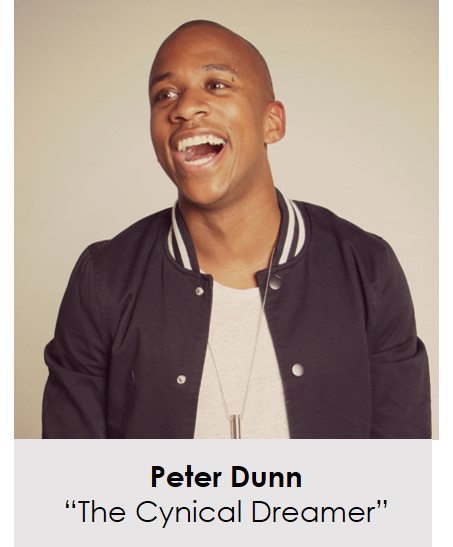 His personal passions include: puppies, babies, black and white milkshakes, and attractive men with accents (he has an extra strong track record for attracting emotionally unavailable men, but don’t tell him we told you that, and don’t yell at him for speaking in the third person right now).