It’s been quite a few weeks since we last talked, friends.

Has anyone told you having a blood clot sucks ass? Well, if not, let me be the first to tell you. It. sucks. donkey. balls. Between the almost daily doctor visits (seriously, the nurses and registration people have begun recognizing me), injections that made me look like Chris Brown’s latest victim, fighting near constant fatigue, and the doctor ordering me to basically be on bed red, it hasn’t been a fun few weeks.

Thankfully, I am making progress. The injections stopped last week and my doctor gave me permission to walk again. No, joke this was an actual conversation:

Me: I’ve been trying to become a bus person, but sometimes they don’t come and I walk to work.

Doctor: How far is that?

Doctor: That’s a little much, have you thought about just walking around the block?

Me: Well, no, because that won’t get me to work…

We are now in September and I still have two more months of treatment. The doctor visits are now scaled back to weekly. Hopefully, the nurses don’t forget me with this decreased frequency. September is usually my favorite month because it just so happens to be my birthday month. But this year is different.

You see, every year I throw an elaborate theme party for my birthday. Last year, I rented a house at the Jersey shore for a week and told people to just come down for as long as they wanted. Previously, I had a pirate-themed birthday complete with a scavenger hunt around Philadelphia, a movie-themed 30th birthday party, an all-expenses-paid trip for 10 of my friends to Manhattan for the weekend, and of course, an 80s themed costume party (see me below with a Pac Man Blazer, Ghostbusters t-shirt, and heavy eyeliner). 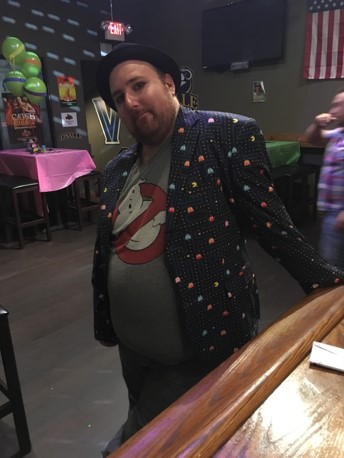 I even went as far one year to provide my parents a guest list with contact information for all of my friends. Alas, no party materialized, so when I graduated college I took matters into my own hands. Birthdaypalooza, as it is affectionately known, may have started out as probably a middle finger to everyone who had never given me my desired surprise party. But over the years, it has grown into a celebration of more than my birthday. It’s an annual event to see 50 or so of my closest friends and have a good time. My birthday is almost secondary. There’s no cake or singing of happy birthday and there’s only one rule: No drama allowed.

This year’s party was well into being planned. The theme was prom and I had reserved space at a community center to give it that high school cafeteria feel. But for the first time since 2006, there will be no birthdaypalooza. With everything going on, I wouldn’t have been able to properly execute the party. Plus, on the medication, I can’t drink. And what’s the point if I can’t enjoy the half-naked bartenders (you didn’t have those as your prom?) and do body shots off of them?

I am attempting to be the most compliant patient, despite what most people might think. The only problem is that I am not used to being a homebody. I need to stay active and be planning something. It’s what motivates me. In my current state, even modifying my schedules — working from home, taking Ubers more often — I find myself still fatigued and exhausted. Because of this, I know that I made the right decision in canceling this year’s festivities. And I did it early enough to make sure that people hadn’t bought prom dresses or anything yet. No one likes plans to be canceled at the last minute!

So, yes it is September, but this is a different September than what I am used to experiencing. Rather than looking forward to a magical night with friends, I am looking forward to the next step in my recovery. And you can bet that I am already thinking of ideas for next year’s birthdaypalooza.

I always get depressed and reflective around this time of year about the previous year. The highs (going to Europe, connecting with readers on The Daily Feels) and the lows (getting into my first car accident, blood clots) are evaluated. But this year, there’s also a twinge of disappointment. Not that there will be no birthday celebration, but rather that I have let down my friends who were looking forward to the party.  Everyone said they understand, because well what else are you supposed to say? But I can’t help feeling like I am now a disappointment.

Granted, part of this I blame on the meds. It’s made me all kinds of wonky. I mean I got waaaay too verklempt during a Hallmark movie starring my former nemesis Debbie Gibson. Not to mention, I’ve been spastic and completely forgot about a meeting at work that I was supposed to be running. Sometimes, I feel like I am slowly losing my mind. I’ve always had a steel trap for a mind, but lately, it’s almost in one ear and out the other. 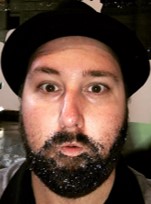