If You Can Handle Me

When I first got asked to join the writing staff of The Daily Feels, I kept telling myself that my first article had to be happy, or at least funny. “Show them you at your best, Peter,” I said. “Show them the person that they’ll want to follow and read more from.”

And that I tried. For the past month, I kept a word memo in my iPhone Notes section of ideas for my first article. For headlines, and quotes, and themes, and any possible way to make me be the happiest version of myself that doesn’t currently exist. Then I realized, that’s defeating the entire purpose of why I was so honored to be hired by The Daily Feels, of why I was so excited to write things and share what happens in my jumble of a brain.

How dare I lie? How dare I present a facade in my very first article.

My name is Peter William Dunn. I’m a 30-something living in NYC and my life is not like an episode of Sex in the City. I was born and raised in this city and it still rips me apart sometimes, like the newbies complain about. I was one of the happiest children you would have (without over-exaggerating) ever met. I was incredibly adorable, insanely smart, and so so so happy. I grew up poor but I knew my talent and my brain could get me anywhere I wanted to go. I knew I was meant for the greatest things, and even when things went wrong, I knew it was simply a roadblock.

Now, my name is Peter William Dunn. I’m a 30-something living in NYC, and my life is nothing like Sex In The City. I am not happy, and I constantly feel like I’ve already reached my peak or plateaued in life, and that terrifies me. I’m the definition of the highest functioning depressive. I’ve never missed a day of work, and I say yes to everything (far too often), but outside of those commitments I literally find it impossible to leave my apartment or bed most times. I hate myself, I hate my failings, and my first and last thought every single day is that I was meant for greater things, and that no one, not even myself, will ever see those things come to fruition.

If you’re still with me now, we’re going to have a good time together. I believe that’s the most upfront and honest things I can say right off the bat. Even as I continue to type this, I am thinking every single second that I should delete the above. I was raised on smarts and strength.  I was taught to abhor failures and weakness. But I also feel as if I was psyched out as a child. I was just so so so happy. No one warned me how quickly and how hard the rug could be pulled out from under me, and I’m now having very very hard times because of that as well. I assumed adulting would be hard. I didn’t realize it would be THIS hard.

Through social media, I’ve found that we have this ability to paint pictures of how happy we are. Especially within the LGBT community in NYC, it’s a non-stop battle of just how happy you can portray yourself to be. How many vacations you can go on, how filtered your pictures can be, and how easy you can make it all look. This is probably one of the reasons I’m so bad at Instagram. (One of my five New Years resolutions of 2018 and the ONLY one I’m succeeding at: become a lil better at IG. It’s the little things, y’all)

So this is my first entry. I thought it would be funny. I thought I’d talk about ten million things that have happened to me that people always say “YOUR LIFE IS SO BIZARRE”. And I will. But instead, I want this first article to warn you that I’m also a real person. I wake up, and it’s hard for me to be productive sometimes. I live my life like I’m on The A-List, but I legit don’t want to hold a real conversation sometimes. But, I still love life, I love experiences, and more than anything I love finding humor in hardship. That’s how we get through life.

I cried five separate times today. I lost a bar regular who passed away from cancer, a friend of ten years who died of a drug overdose, two friends who are moving to a new city in two weeks, a person that I’m fighting the truth that I just may be in love with them and the final time was simply because I’m realizing that becoming older means people keep leaving, in one way or another. That’s not easy.

You’ve now met the realest me. I hide him often. I’ve hidden him since I was 15. But he’s out now. And if you can handle him, you can handle everything I’m going to give you. Glad we got this out the way. Let’s have fun now. 😉 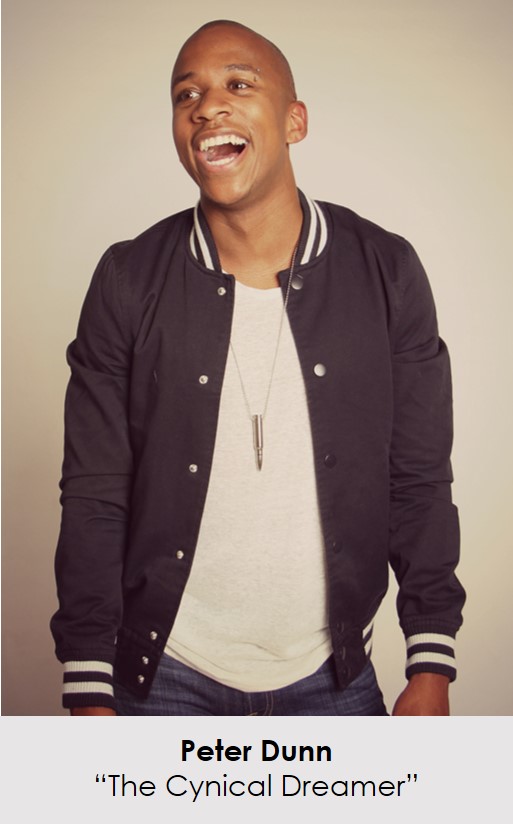 Peter William Dunn is a born and raised New Yorker, who is currently a freelance writer, producer, director and sometimes actor in the city. His professional passions include film, music, literature, helping other artists thrive, and all around storytelling. His personal passions include puppies, babies, black and white milkshakes, and attractive men with accents. (Also he has an extra strong track record for emotionally unavailable men, but don’t tell him we told you that, and don’t yell at him for speaking in third person right now.) His current loves are his dog Domino, a whiskey neat, and in case you didn’t know, his mother is the greatest human being on earth. <3