I was in high school when Columbine happened. I remember coming home from school and watching the live coverage from Colorado, seeing students climb out the windows and running for their lives.

I was in college when 9/11 happened. Before we even knew what happened, one of the most well-adjusted professors ran frantically through campus yelling that classes were canceled and that we were under attack and would probably all die. She really helped to keep everyone calm.

I had just graduated college and started working when the economy dropped out underneath us. I was gainfully employed right out of college, but who knew when that could change.

The last eight years politically has been nothing but partisan mudslinging from one side of the aisle to the other. Fox News ripping President Obama for any little thing, but giving Trump a pass. The country becoming divided to the point that families stopped talking because of what their political affiliations say about each other.

Two years ago, I took part in a Pride parade as part of a flag football league that I played in. The parade was the day after the Pulse nightclub shooting, where 49 people were killed and 53 more were injured. 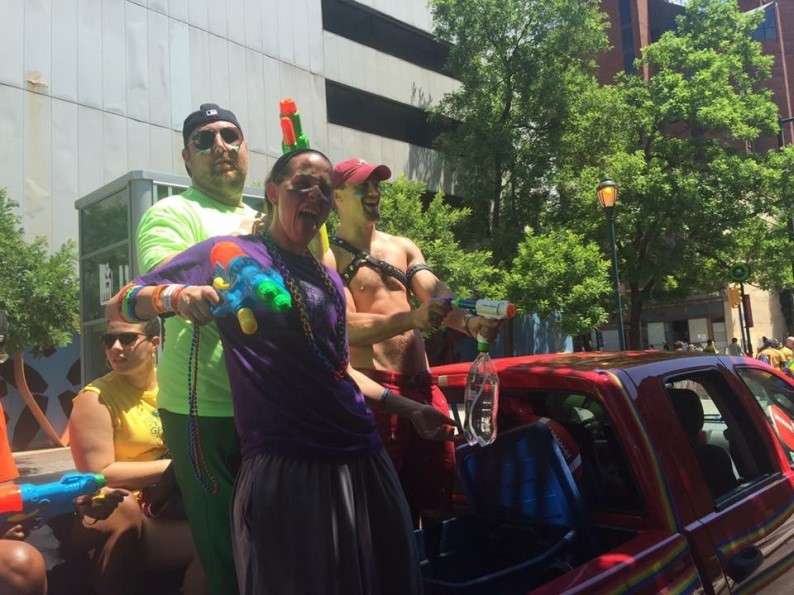 Seemingly every day that you turn on the news, a new police shooting or a mass murder has occurred.

This is the world that millennials have entered adulthood in. We have only lived as adults in a world where getting to first base with TSA agents is normal. It’s a world filled with fear, terror, and sorrow. As someone who tries to keep themselves educated and updated on what’s happening in the world, I also find myself constantly angry and agitated.

Sure, I could attempt to keep out the negative news about children being locked in cages, but I would have to basically become Amish to do so – and I do not want to be forced to churn my own butter. Ain’t nobody got time for that when you’re hangry. Even if you don’t watch the news on TV, you have social media and the armchair pundits. All of your frat brothers from college have an opinion… and well, like the old saying goes: Opinions are like assholes; everyone has one, whether justified or not.

So what can we do to maintain our sanity and still enjoy the modern day leisure of electricity?

To that question, I give an exasperated answer: I don’t know.

Sure, Yoga and meditation help. But what happens after the euphoric high of being a human pretzel wears off? We’re right back to where we were. As a country, and possibly a world, we are angrier than I have ever seen. I don’t know if the 60s were an angrier time with all of the civil rights movements going on. Maybe the civil war was angrier?

When we are already programmed and pre-destined to be filled with anxiety from the moment we wake up, things that we would normally be able to brush off begin to pile up and a molehill becomes Mount Vesuvius.

I was recently out with the boo. We were checking out a friend’s band. I have been working a lot of overtime and the grind had caught up with me. I had a short temper – at one point even got passenger seat road rage, comparing a slow driver’s age to that of the dinosaurs in “Jurassic Park.” Not one of my proudest moments.

Things momentarily came to a head with a brief exchange. The boo went to talk to the friend performing and, to my delight, the bar had fudgsicles on the menu. I ordered one and between the frozen treat and a few minutes alone playing over our previous conversation, I cooled down.

Now, I’m not saying fudgsicles are the answer to achieving World Peace. I’m also not saying that they aren’t. Maybe we should ask the magic 8 ball…

But there are some things that I do know:

We need to have clear lines of communication. This can be hard, especially when there are 75 other things begging for your attention. Even when you think you are being clear, that doesn’t mean the message was received loud and clear. But miscommunication is one of the biggest problems that we have in our interpersonal relationships today.

Just Be Nice. You would think this would be simple. Be nice to people. We don’t have to tear other people down to make ourselves feel better. We don’t have to make some else feel bad because we aren’t happy. Moods are contagious, whether positive or negative, and we all have a bigger impact on other people than anyone might think.  A woman I had known for a few years through my running group came up to me one day when I was particularly frazzled and she handed me a little business card. She just said I thought you could use this today. When you no longer need it, pass it along to someone else. That’s all she said before walking away. The card simply read, “You Matter.”.

We all matter and we all need to work together if we are going to climb out of this collective mood. Millennials aren’t the problem; we are just a product of what we have grown up in. Many of us are working to change things in the world. It’s not easy, and sometimes we would just like to eat our overpriced avocado toast at brunch in peace because we have spent the last week pissed off, exhausted, and working hard as hell to change things! 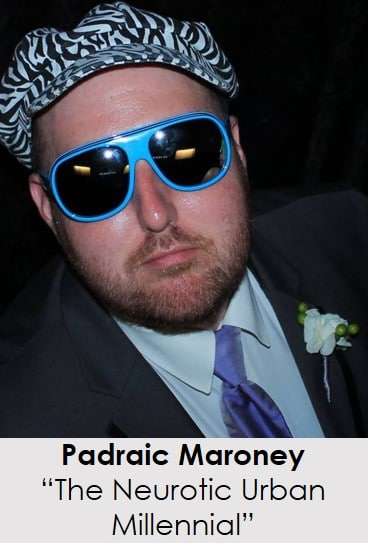