What I Learned About Belonging… 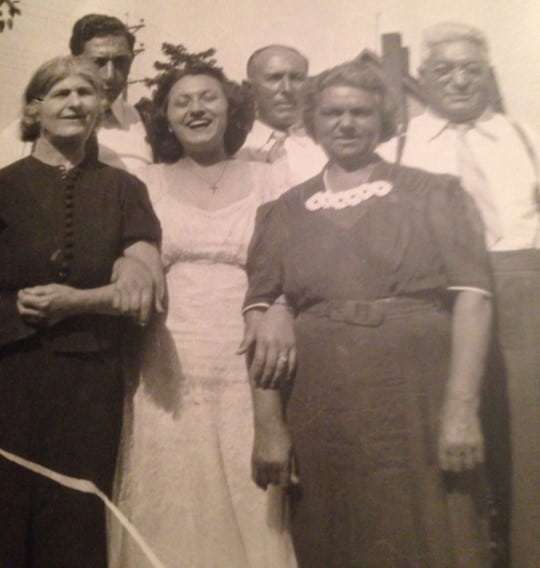 While my building blocks contain my DNA, they are not medical blocks. They are my own life’s building blocks. One’s first thoughts of birth are the cutting of the chord from the mother. After her many months of nurturing me, I was released, cut away from her, so to speak.

My entrance to the world, in 1933 was a dramatic one. Then, it was a big deal to be born to an unwed mom who came from Italian immigrants and Catholic, as well. Now, in 2018, it is not a big deal and this pleases me because life brings its own baggage whether one wants it or not.

I was supposed to be adopted, but everything changed. I don’t know why; I was never told! Yes, this was the hush, hush era! My mother was ostracized from her Ohio family and sent to New York to live with distant cousins. We met when I was a toddler! Concerning my birth mom, much of that part of my life is sketchy and to ask about it then was taboo! So we learn to live in secret and form all the wrong and injurious opinions of self! Not a good feeling!

Mary, my mom settled in with her not so nice cousins, in NY and found work through a young woman who befriended her. They worked in a local laundry mat. One day, she didn’t go to work because she had the flu. She missed work many days and her new friend became concerned and went to visit her. The cousins told her that Mary wasn’t feeling well and had taken to her bed. Her friend insisted on seeing her and was shocked at her appearance! She was hospitalized and diagnosed with infantile paralysis. Within hours, she was pronounced dead. An orderly bagged her and wheeled her out but as he was doing this, he noticed that the zipper bag was not completely closed and as he bowed to close it, her breath steamed his glasses! I mention all this because she was not only living a life of hell but humaneness, towards her was nil and void. Perhaps, when my grandparents arrived and saw her, compassion filled their hearts. I’d like to think so. This story about my mom had to be told. It better explains, to me, her toughness, her misunderstood ways and why I wasn’t loving her, yet! The secrets in life are the true killers! Not being able to speak openly brings on all kinds of negative thinking. Certainly not good feelings!

Living with my secret doesn’t mean I knew the complete truth and this presents its own problems. Probably shame and non-acceptance! Certainly, these particular feelings will never be in the hall of fame! So, this is how I came to be and what my mom meant to me.

My mom came to visit her Ohio family, and all was forgiven, but she was changed. She became the boss and very outspoken! If she didn’t like something, you heard about it. As I grew older. I chalked it up to revenge for how she was mistreated.

Now, I was so loved by my Ohio family. I adored my grandparents. I learned to speak their language, learned about gardening and so many other things. I was loved! 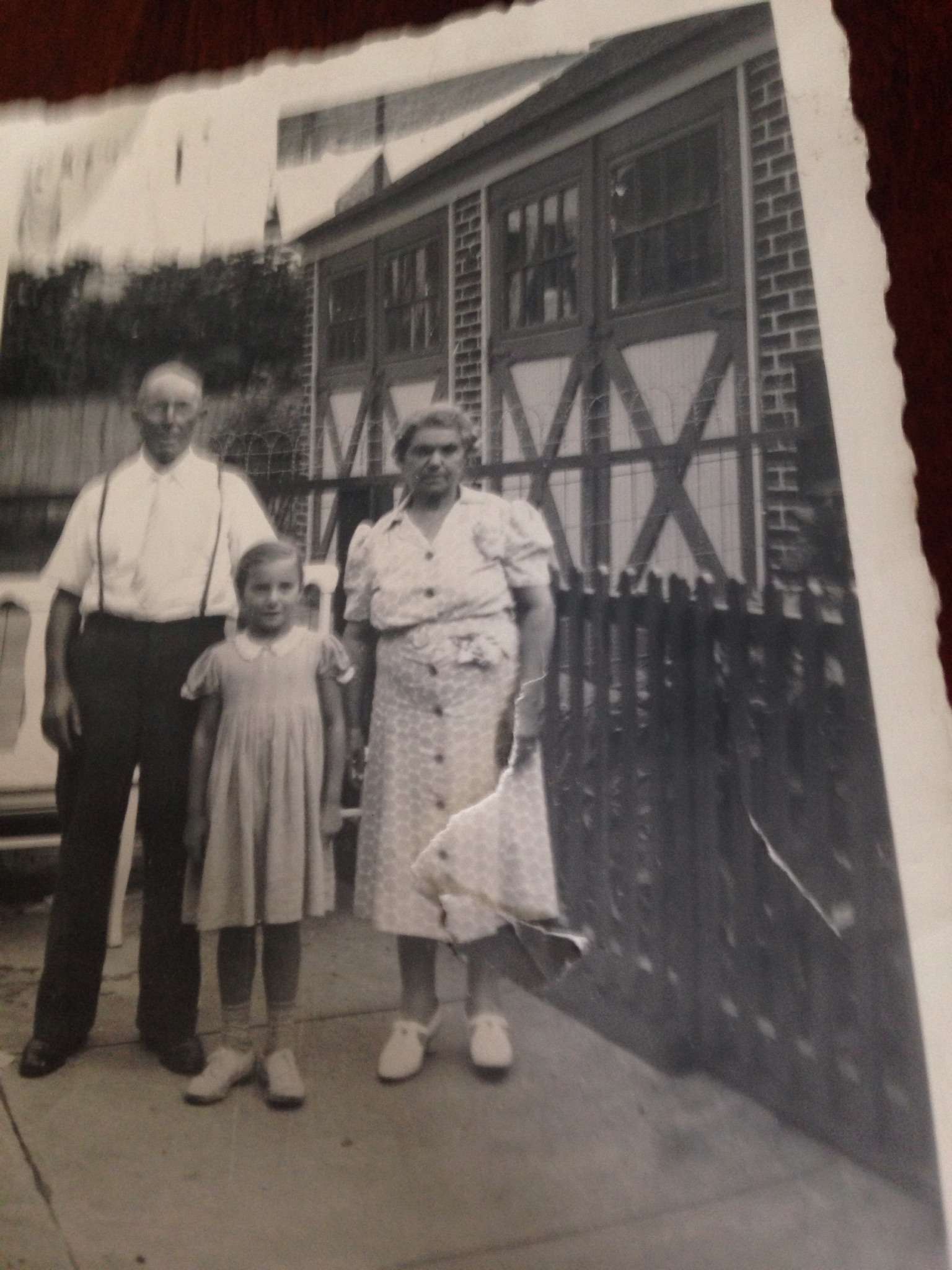 They were good to me. My neighbor friends were my school chums, my playmates. We didn’t go in and out of the neighbors’ homes; our playtime was always outdoors! I never had different feelings about myself while growing up in Ohio! It wasn’t until later, my New York days, that I began to feel different about me. Did I fit in? Are these young people going to like me? So many questions.

As I got older, my grandparents decided it was time to live with my mom! She was married now and had a lovely apartment. You can imagine the awful feelings this announcement produced. I cried, for days! So, off to New York! Boy, what an eye-opener that was for a very young girl! My aunt and uncle were taking me to my mom and the first thing my uncle shouted as we departed the train in Penn station was “Give me land lots of…..” you know the song. We were Ohioans, you know farmers; not city folk!

Change came quickly for me in New York. Mom didn’t live in a multi-mixed neighborhood like I did in Ohio! This was an Italian neighborhood. Although everyone was nice to me, I felt different! Well, they were used to different foods. All attended the same church. They talked with their hands and that took some getting used to. I learned they didn’t mind scolding a child if he or she got out of hand. So different and I was different, too! Extremely quiet, unsure about the people, if they liked me or not. There was one young girl who lived across the street from me and she befriended me, even though I was a couple of years older!

I started 3rd or 4th grade, and I’m not sure which but I can tell you I didn’t like it. I cried every day to return to my grandparents’ home. I missed them, my cousins, who became and are till this day, my soul sisters! I was not a happy camper and I think I was distressing everyone! I soon returned to Ohio.

I was older when I returned to NY permanently. I was going into eighth grade. Mom had another child by now, my half-brother. We got along well.  Definitely, a true New Yorker and I, the hay seeder! No one ever made fun of me or where I was from or ever questioned my birth. I guess that’s something I carried in my head. I began to fit in and formed some friendships. I no longer cried for Ohio because I knew that my grandparents were getting older and having the responsibility of me was getting harder. They wanted me to have a better, richer life.

I graduated, went off to business in New York City for a while and then found a job closer to home. The life with my NY family was not great. I wasn’t used to family arguments or spouses belittling each other. That didn’t bode well in my grandparents’ home. They maintained a great respect for each other and for all who were in their home! That’s not to say that my grandparents didn’t blow off steam once in a while but they never went to bed mad or sad!

I contained all of my feelings; good, bad or indifferent. I met a lovely man, we married and had a beautiful daughter. I suppose I didn’t begin to live my life until I was on my own, with my own little family.

My mother became very ill. My daughter, now about two or so was the joy of our life. And then my life changed again. My mom was visiting her doctor more than usual, I thought! I would take her for her visits and her doctor insisted her problem was in her mind! Even though she had pain, he said, it was all in her mind! With all the testing, nothing was revealed. The doctor suggested a trip! I consented to take her to Ohio to visit her parents. I asked her doctor if he would prescribe something, in case this pain returned. Definitely not! Off the three of us went to Ohio! Mom, myself and my daughter! Well, mom became so ill while in Ohio, we had to return home! I took charge now, and insisted a change in doctors! But, she was reluctant to change! So, we went back to her doctor who suggested some tests. I was becoming quite the sassy one, so I asked him, “it’s not in her head anymore”? A bit of New York sarcasm!

Her tests were positive! Pancreatic cancer! She chose a wonderful doctor. Even though there was no kind of medicine for this type of cancer, his mannerism, his expressions of kindness made her feel emotionally better! The feelings of the two doctors…like day and night!

In this last phase of her like, we became the best of friends! No, we would never have that conversation I longed for, but it no longer mattered. Keeping her peaceful was of the essence. Her friends, neighbors rallied around her. So much care and love was shown to her. The neighbors, close and far were cooking for the family, visiting and offering their services. Her young neighbor who lived on the second floor came up and offered her services. She gave mom her 2 am. meds so that I wouldn’t have to travel late at night. Her friends went out of their way to help in any way they could!

When she rested, I would go about the apartment and dust or clean a cupboard or whatever. Keeping busy was of the essence, for me! One day, she felt a little better and came to the kitchen where I was cleaning a cabinet. She wanted to know what I was doing? Just cleaning glasses. When Mary was well, she preferred doing her own cleaning. This day she slowly walked over and took my hand and kissed the top of it. That meant thank you! It was the same gesture her mother used when she was pleased!

When I walked in to check her, I noticed her scapular had dropped off her pillow. As I bent over to pick it up, I glanced at her, she had passed and with it all her agonies. I kissed her hand gently and thanked her for my life and keeping me. Sadder still is waiting a lifetime to express your love, your feelings for and to someone. Please, don’t wait! 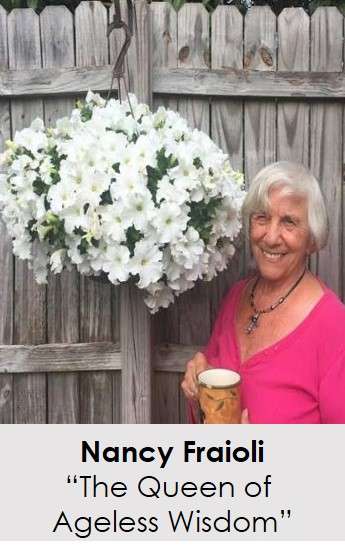